It was time for Baking GALS again this month, and I decided to try something new – Snickerdoodles. I have always enjoyed eating these cookies, the same way I enjoy just about anything that involves cinnamon. I had a few recipes logged away, but this one seemed the most straight-forward, and I tried my best to make them the old fashioned way. (I succeeded, in case you’re wondering.) 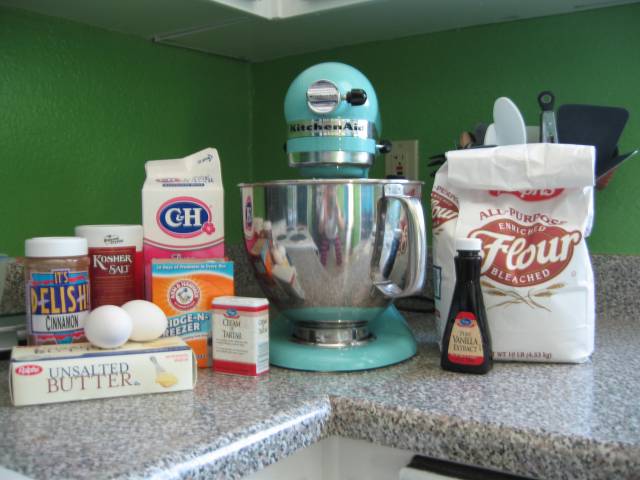 They’re super easy to make, you get to play with dough, and your house will smell amazing – what are you waiting for?

I adapted this recipe from The Joy of Baking.

Cream together the butter and sugar until nice and fluffy. While that’s going, whisk your dry ingredients together – flour, salt, cream of tartar, baking soda, and cinnamon – in a separate bowl.

Adding the eggs, one at a time, and the vanilla, beat until they’re combined. Scrape down the bowl as needed. Add your dry ingredients and beat until the dough is smooth. If the dough is too soft (mine was), refrigerate for a couple of hours (1-2 really). Make sure you cover with plastic wrap and that the plastic is pressed up against the dough (see below!). Otherwise you’ll have a weird skin on top, and no one wants to see that. 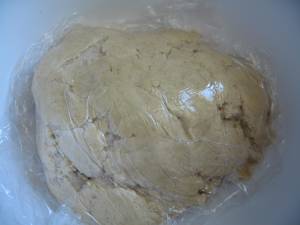 After refrigeration – preheat your oven to 400ºF. Line a couple/few baking sheets with parchment.

Then mix together your coating. Honestly, I had at least half of it left over, so you could get away with mixing 3 Tbsp sugar with 1 tsp cinnamon if you wanted. Otherwise you could use the leftovers to make some pretty awesome french toast… Just saying.

Roll a chunk of dough into a ball about 1″ big. Take said dough ball and roll it around in the cinnamon sugar until it’s completely coated.

Place them on a parchment-lined baking sheet, and flatten them slightly. I used the bottom of a plastic measuring cup. I find that they stick when I use glass. Space them about 2″ apart. You’ll see, these spread a lot when baking.

Bake for 8-10 minutes. You’ll see the bottoms start to brown a little.

Here’s a pic of the baked cookies on the left vs the raw dough on the right. See what I mean about spreading? They double in size!

Let them cool on the cookie sheet for a few minutes, then move them to a wire rack. These came out so good – with a crispy shell and a soft interior. I got about 5 dozen of these bad boys, but you can make them a little smaller and end up with more if you want. These were perfectly sized though… Nom, nom, nom, nom, nom…

You should definitely make these for the cookie lovers in your life. 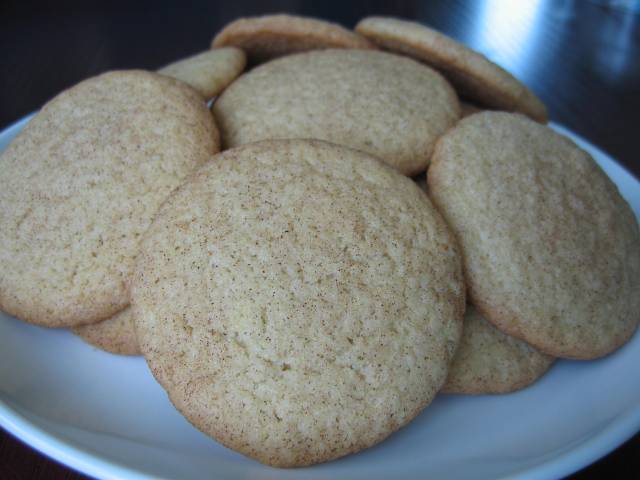 ← Orange Cupcakesicles
Random things I feel compelled to tell you →